We are organizing the first ever RV cavalcade along the Northern Woods & Water Highway starting early spring / summer and if demand is there, late summer / fall each year. 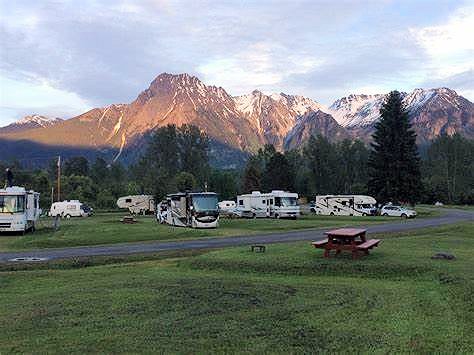 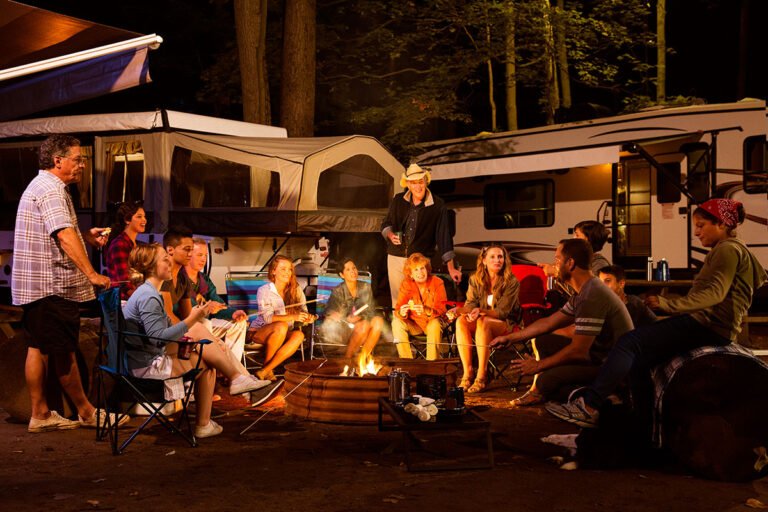 Join a small group of like minded people who love travelling and seeing new sights. There is golf, water, wildlife, history, and a new view of western Canada.  Itinerary allows for golf or other activities each day (weather dependent).

Group camping and evening meals together to reminisce about the great moments of the day. 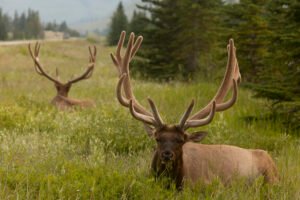 We have developed a tentative itinerary for the trip.  Evening stopovers are planned along with evening meals and a few activities. The itinerary allows for al a carte days to allow you to explore your interest. 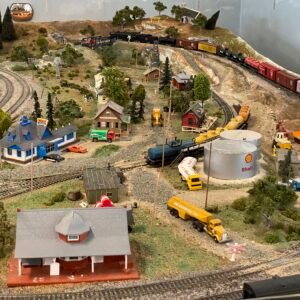 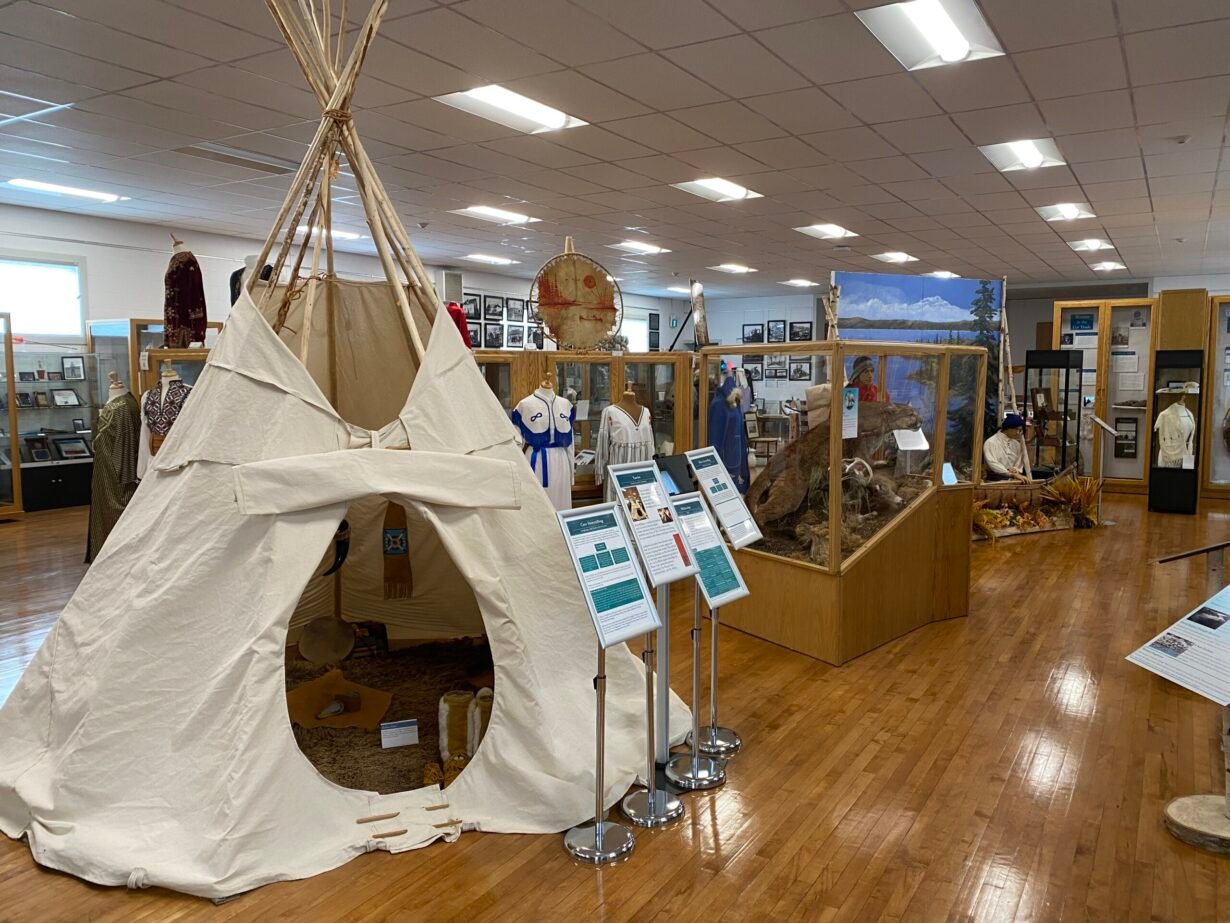 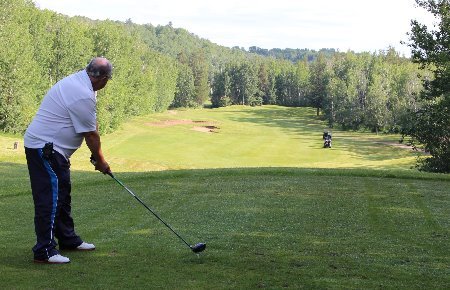 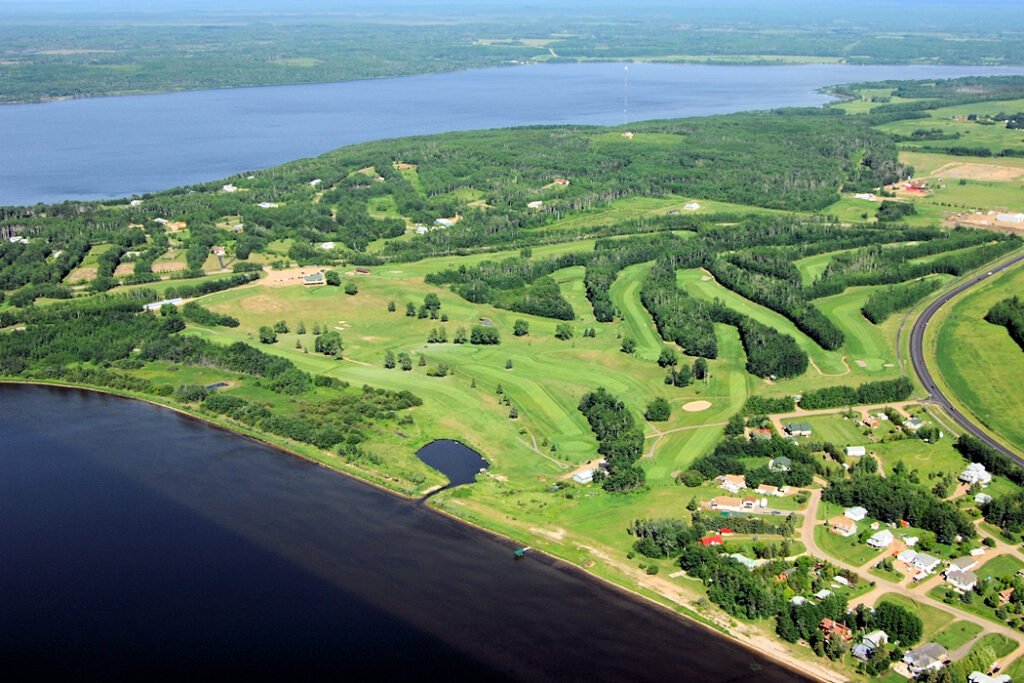 Lots Of Opportunities For Golf​

A mix of 9 and 18 hole golf courses available. Beautiful scenery with an abundance of woods & water both on and off the course.

The June itinerary starts in the west at Hope, BC, then travels north through the interior through to Prince George then north-east onto Dawson Creek. The cavalcade will then travel eastward through northern Alberta and Saskatchewan before turning southward toward Winnipeg.

The July itinerary travels from east to west starting in near Winnipeg, then into northern Manitoba before turning westward into northern Saskatchewan, then onto Alberta and NE BC and Dawson Creek, then we head southwest through Prince George, through BC interior’s Cariboo-Chilcotin and the Fraser Canyon to Hope. 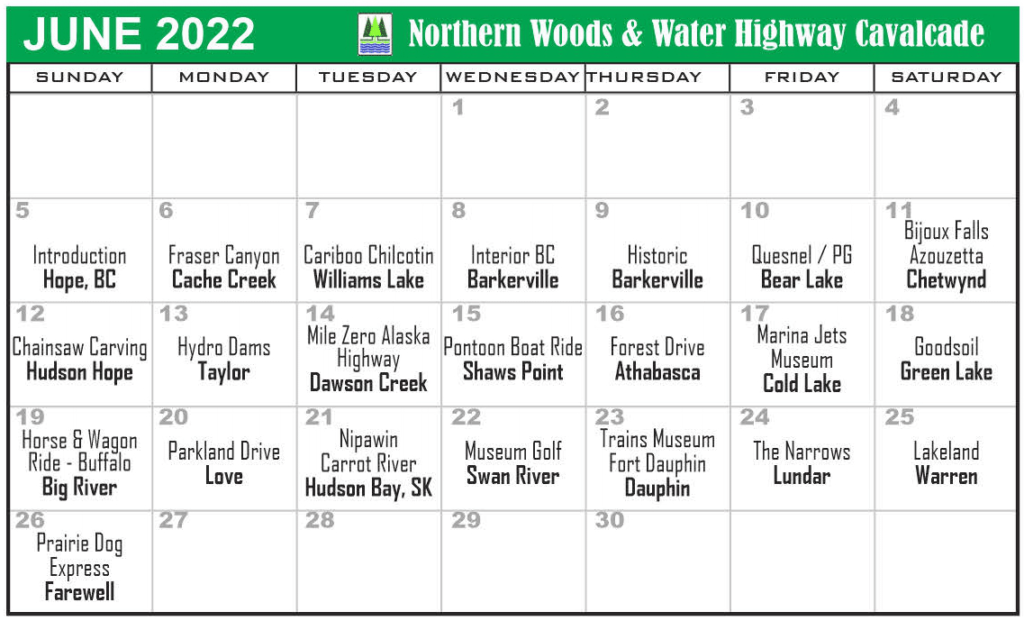 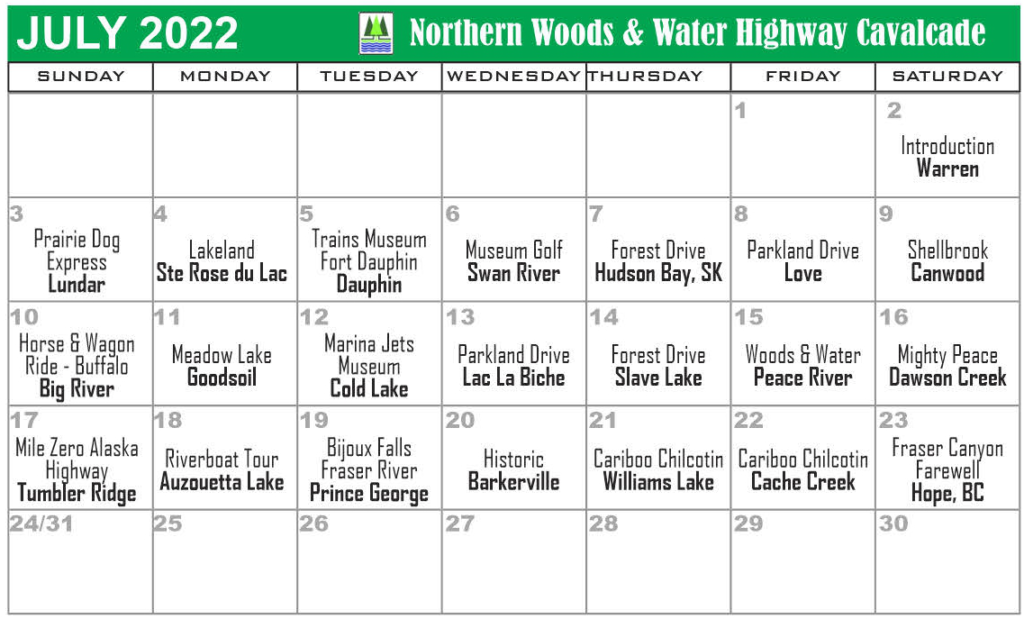 Send us an email if you are interested in joining us on a Northern Woods & Water Cavalcade. info@nwwr.ca

Join us for one or three weeks.